In Dyke today there is little evidence remaining of the railway that connected Bourne in the south to Sleaford at the north end of the line. The only visible sign that a railway once ran through Dyke is the remains of a level crossing and the gate keepers cottage that stood besides it.

Today there is little remaining of the railway that once connected Bourne in the south with Sleaford at the north end of the line.

Today there is little remaining of the railway that once connected Bourne in the south with Sleaford at the north end of the line..

It is the remains of these crossings, or rather the remains of the gate keepers cottages who manned the crossings, that betray the railway lines past existence. Distinctively painted a brilliant white to show their presence to both rail traffic and those traveling on the highway, all are now private residences. Keepers were available to man the railway level crossing gates 24 hours a day, 7 days a week. Their duty was to close the gates upon the approach of a train and open them again once the train had passed. No automatic operation in those days. The location of these keepers cottages are at Mill Drove, at the junction with Stephenson Way, on Main Raid in Dyke, Rippingale and Pointon. In the photograph above showing the old Gate Keepers cottage on Main Road, Dyke you are able to clearly see the rise in the road where the railway crossed. The photograph below was taken around 1900 and is looking at the same scene but facing east. A number of things are worth noting, the railway crossing gates are in place and operational at that time. The road surface is unmade and clearly shows the marks left by the wheels of vehicles which had previously passed. The street lighting is gas as electricity first came to the west half of the village as far as the railway track in the late 1930’s. The remainder of the village to the east of the railway crossing were not supplied with electricity until the late 1940’s. 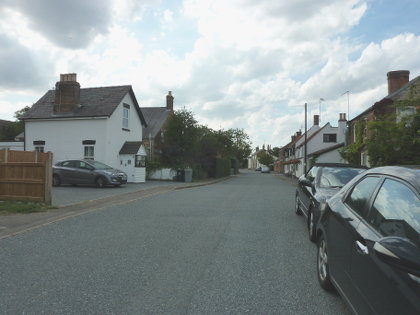 A railway line connecting Bourne with Sleaford was first proposed by the Great Eastern Railway. The intention was for it to eventually be part of a line connecting Cambridge with York via Essendine, Bourne, Sleaford and Lincoln. Initially the line failed to gain parliamentary approval as the Great Northern Railway had already proposed the Bourne and Sleaford section which was built and opened in 1872. The section between Bourne and Sleaford, a distance of 18 miles, was built as a single track with stations at Morton Road, Rippingale, Billingborough and Horbling, and Aswarby and Scredington. With the growth in road transport the line was closed to passengers in 1930 but the section between Bourne and Billingborough remain open to goods traffic until June 15th 1964. 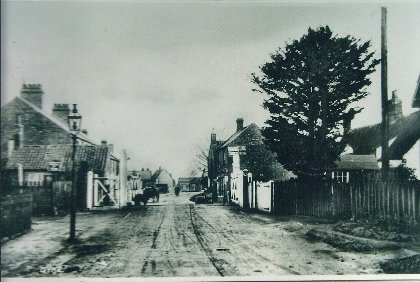 The Railway and Dyke

Bourne was a station on the Midland and Great Northern Joint Railway main line which connected Norfolk with the midlands.

The original station at Bourne was opened in 1860 as the terminus for the Essendine and Bourne Railway. The station provided a junction between the services offered by the Great Northern main line and the local line between Stamford and Essendine. In 1859-1860 the Bourne and Essendine Railway Company bought the Red Hall and about five acres of surrounding land in Bourne for £1,305. The site became the railway station and conversion work commenced. Shortly afterwards a fire started as a result of rubbish and debris having collected in a chimney where it caught alight when a fire was lit in one of the room grates. Fortunately the alarm was raised and Bourne town fire engine’s prompt response avoided almost certain disaster. The red Hall was eventually converted and put to use as the station masters house and railway station ticket office. A second disaster was avoided in 1891 when the house was proposed for demolition by the railway company to make way for railway sidings. An outcry resulted from not only the populace of Bourne but also from the country at large. A petition resulted causing the directors of the company to come to Bourne in a special train and inspect the property. The result was to save the Red Hall and further, extensive refurbishment was authorised and put into effect. As the E&BR line it was operated by the Great Northern Railway who later bought them but finally closed with the lines finally removed in 1951. 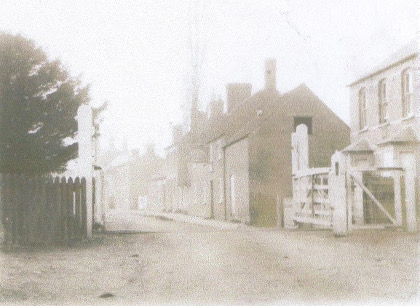 The railway crossing looking west towards the old Crown Inn.

In 1866 the Bourne and Spalding Railway opened and converted the original station into a through line. Four years later in 1870 the Great Northern Railway proposed building the Bourne and Sleaford Railway a distance of 18 miles. The line finally opened in 1872. Although owned by the same company the line was run separately from the Essendine branch and even had its own goods yard. This line closed to passengers in 1930 although a special train for the “Festival of Britain” ran over the route in 1950.

The final line to open into Bourne station was the Saxby which was part of the Midland and Great Northern Railway. This line became part of the Bourne to Spalding route and opened in 1894. As time went by, road transport became more abundant and slowly replaced the railways. Both the Saxby and Spalding lines officially closed in 1959. This was the same year the Midland and Great Northern Joint Railway closed. A small goods train ran between Bourne and Sleaford after that date to fulfill contracts for transporting sugar beet, wheat and fruit. Finally, however, steam trains no longer cross Main Road in Dyke and the gate keeper, Mrs Batterham, who had been in the post for 22 years, no longer had gates to operate. On the side of the keepers cottage was a green dial which used to inform Mrs Batterham when trains left the previous station at Billingborough on the up-line and Bourne on the down-line. Another arrow indicated when the train was in the Dyke section of line. On the 31st May 1965 the last train chugged its way over the Main Road crossing being the last time the gate keepers dial indicator served it purpose of signaling an approaching train. An “age” has passed and progress made, or so we are told! 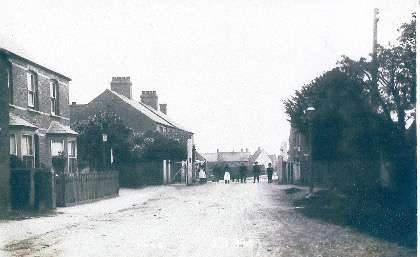 Mrs Margaret Ash for assisting with photographs of the period.

PastScape page on the Bourne and Sleaford Railway.

Wikipedia. A short history with photographs of the