The Wishing Well Inn is the sole remaining public house in Dyke. Although built in 1729 it was not a public house until 1879 when it was purchased by Melbourne’s Brewery to become The Crown.

Originally named The Crown when opened in 1879, it later became known as the Wishing Well Inn.

Originally named The Crown when opened in 1879, it later became known as the Wishing Well Inn..

There is a well shaft within the building which was once the main source of water for the premises.

It was once thought there were four public houses in the village of Dyke although no evidence has been found to support this. At one time there is believed to have been a public house on the west side of Wath Bridge. Today there remains just one public house in the village, the Wishing Well Inn. Local records first provided details of the building which is now known as the Wishing Well Inn in 1729. It was not a licensed premises until one hundred and fifty years later, in 1879 when it was purchased by Melbourn’s Brewery. At that time it was known as The Crown, the name that remained until more recently when the name was changed to the Wishing Well Inn. There is indeed a well which may be seen inside the inn itself. Originally 2 ft in diameter and 20 feet deep it was once the main source of water for the premises but today remains only as an attraction. The right hand side of the building now occupied by the kitchen, was once a butchers shop serving meat to people in the village. Over the years many alterations and improvements have been carried out leading to several surprises. Some years ago an interior wall was being removed when a bread oven was discovered. 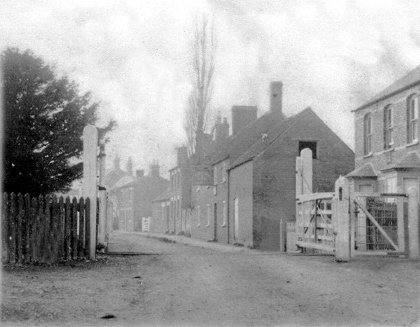 Photograph from east side of railway crossing with Engine House on the right and The Crown Inn.
Photograph © Rex Needle.

There have been many landlords of the Crown over the years and include Joseph Bullimore between 1882 and 1905.

Over the years there have been a number of landlords of the Crown and these included Joseph Bullimore who was landlord between 1882 – 1905. from 1913 – 1926 Walter Reed was landlord followed by Ernest Higgs around 1930, then George Gout 1933 and Joseph Clare 1937. During the late 1940’s and early 1950’s, the landlord of the Crown was John Whitney. To subsidise his income Mr Whitney ran a secondary business from the public house, he was a cobbler. Due to falling use of the public house it closed in 1965 and came onto the market. Mr David Owen, owner of the Angel Hotel in Bourne, bought the property and did a considerable amount of work on updating the building to suit the requirements as a public house. 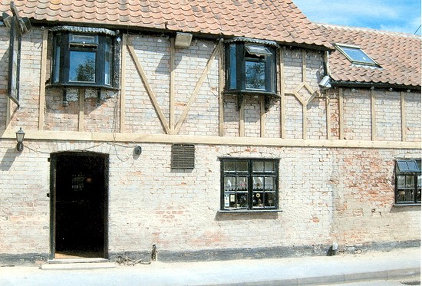 In 2006 some further renovation work was carried out including recovering the outside front of the building down to the red brickwork that had remained hidden for many years. The fascia was then re-plastered to provide a clean and attractive outside appearance to the inn. Ownership changed in 2014 and the interior was given a tasteful facelift including new bar area and seating arrangement.

Discussions with the proprietors of the Wishing Well Inn, Dyke.

“A Portrait of Bourne” by Rex Needle © Rex Needle.